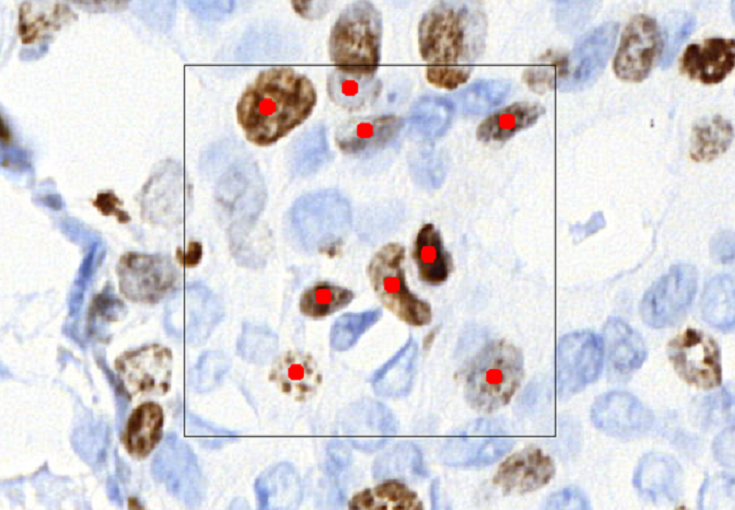 The Autumn round of the Beat The Pathologists competition attracted the highest ever number of entrants across the three categories of primary, secondary and sixth form. Congratulations to the winners from schools and colleges across the UK.

Beat the Pathologists is an online competition aimed at school children. It introduces them to pathology, and in particular the processes involved in developing algorithms and artificial intelligence (AI) solutions for digital pathology applications, on a games-based platform.

Entrants were encouraged to complete different levels in the competition, with each level getting progressively harder, from ‘mild’ to ‘supercharger’. Four types of tumour had to be identified.

165 children took part, across all school years from primary to sixth form. Congratulations to Florence who won the Primary competition, Amelia who won the Secondary and Sanjanaben who took first place in the Sixth Form category. The top three in each category won Amazon vouchers.

Co-organiser, Professor Nasir Rajpoot, of University of Warwick said: “We were delighted to see so many entrants to the Autumn round of the competition, and were even more impressed by the high levels of scores that were being achieved. The competition got off to a flying start when it was launched at the Oxford Science Festival.

We are grateful to the many science teachers who encouraged their pupils to take part. Congratulations to our winners in each category, and indeed to everyone who took part. You never know, we may have encouraged some people to find out more about possible careers in pathology or artificial intelligence as part of the competition.”

Beat The Pathologists is organised by the PathLAKE consortium, which comprises some of the nations leading digital and computational innovators from NHS and academia. Funded by Innovate UK and part of the government focus on Digital Pathology and Imaging Artificial Intelligence Centres of Excellence, the PathLAKE project is driving AI innovation in pathology for the UK and creating the world’s largest depository of annotated digital whole slide images.

Find out more about the competition at https://pathcomp.dcs.warwick.ac.uk/

Beat the Pathologists: Autumn Competition Attracts UK-Wide Entrants
The Autumn round of the Beat The Pathologists competition attracted the highest ever number of entrants across the three categories of primary, secondary and sixth form. Congratulations to the winners […]

Landmark moment as first NHS patient receives COVID-19 vaccination at UHCW
A UK grandmother has become the first person in the world to be given the Pfizer Covid-19 jab as part of a mass vaccination programme. The biggest vaccine campaign in […] 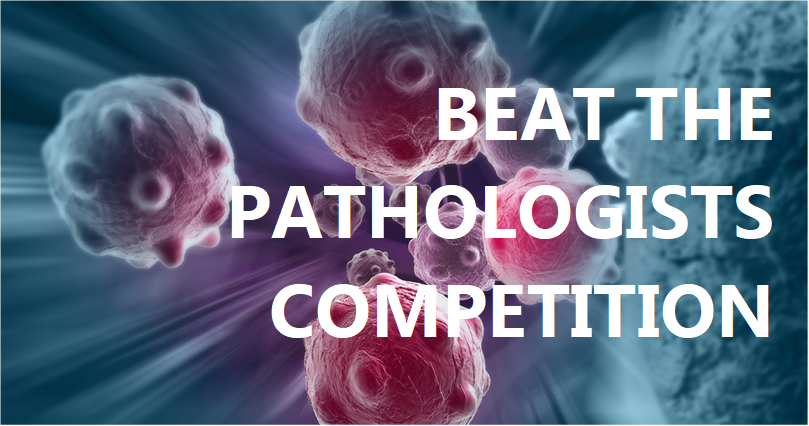 Competition Prizewinners Announced
Congratulations to the winners of the Beat The Pathologist – a brand new pathology competition for young people which took place over the summer. Organised by PathLAKE, the Beat The […]

You can find out more about which cookies we are using or switch them off in settings.

This website uses cookies so that we can provide you with the best user experience possible. Cookie information is stored in your browser and performs functions such as recognising you when you return to our website and helping our team to understand which sections of the website you find most interesting and useful.

Strictly Necessary Cookie should be enabled at all times so that we can save your preferences for cookie settings.

If you disable this cookie, we will not be able to save your preferences. This means that every time you visit this website you will need to enable or disable cookies again.